SITEX probably stands for Singapore IT EXpo will be held from 27 Nov to 1 Dec 2008 at the Singapore Expo. You may not want to visit the official site SITEX 2008 – Your Digital Playground because you won’t get much information there except for the dates and lots of colorful icons and banners.

I think you will be better off using Google to search for blogs on the next PC show in Singapore. 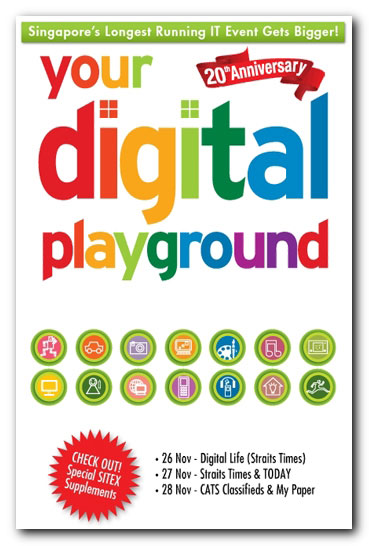 Do you think the economic downturn is causing the scale back in promotion? Or maybe it’s still too early – we still have 10 more days to go!

The more important question is…