It’s been 4 months since I last wrote about Rednano – the Singapore search engine which was launched 6 months ago. I just checked it traffic statistics at Alexa.com and Compete.com, the numbers show that Rednano is going nowhere. 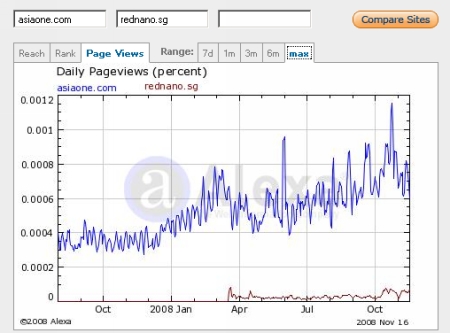 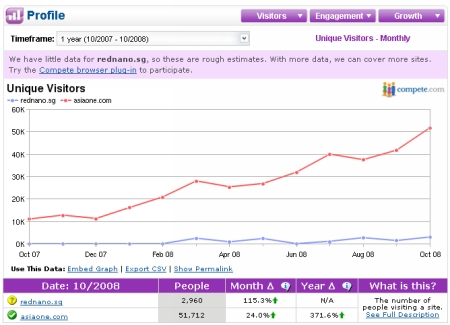 Look at the charts above.

The trend of Rednano.sg should be going up like AsiaOne.com, right?

After spending millions on the project, I think this is… never mind.

Maybe, it will be another ST701-like story – it will take a couple of revamps and more off-line advertising to ramp up the traffic. SPH is really loaded, you know. However, they don’t seem to learn quick enough.

So much for the chicken rice search, pie search and the the talk about “supplant the big names of Google and Yahoo as the prime tool for sourcing local information” as reported in the SPH owned The Straits Times on 10 Aug 2007.

Talk is cheap but search engines are not.