I was quite surprised to see that commonwealth secondary school became No. 1 in today’s Google Search Trend. I would expect search phrase like Universal Studios Singapore or Resort World Sentosa to be at the top.

So I did a Google search… I didn’t see any interesting news on the school except for Commonwealth winning Pioneer 68-43 in The B Division West Zone Basketball Championship at the Clementi Sports Hall. 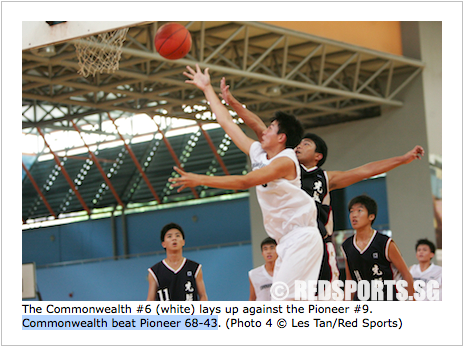 Then I did a search in Facebook, and found the Commonwealth Secondary School Alumni Association fan page. I became a fan.

Why write about Commonwealth Secondary School?

Because I was a student of Commonwealth Secondary School in the late 1970s during the time of Mr Balagopal at Queensway just next to the railway track. Very often, our assembly at the canteen was interrupted by the passing KTM train.

Yes, that was more than 30 years ago and the nostalgia – it was a very good 4 years for me… very memorable. I met some of the best teachers in my life: Mrs Seet (my Sec. 1 form teacher) and Mrs Ong (my Sec. 2 form teacher). I did well for my GCE O-Level and got into Raffles Junior College – the first student from Commonwealth to study in RJC!

So much has changed. Even the uniform is different from what I used to wear.