It’s the June school again. One of the biggest events this month is the PC Show Singapore 2011. This is the second of the 4 major electronics and IT fairs: The IT Show in March, The PC Show in June, COMEX Singapore in August and SITEX Singapore in November.

Yes, the big brands will be there. Check out the table below to find out on which floor your favorite brands are located.

Beside IT products such as notebook and tablet PC, there will be the digital cameras and the latest smart TVs from major electronics manufacturers such as Sony, Samsung and LG.

Bargain hunters looking for free computer could sign up for broadband promotion packages by Singtel, Starhub and M1. For example, Singtel PC Show promotion in previous year offered free MacBook when you signed up for a 2 years broadband contract. 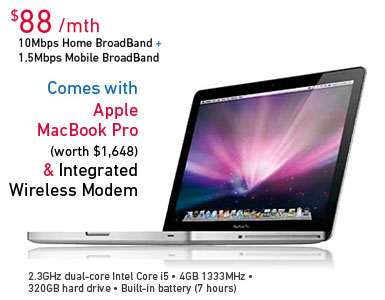 There are a lot more bargain items you can find at the PC Show and for controlled price items such as Apple computers and iPad, retailers will bundle it with free gifts to make it worth your while to visit the show.